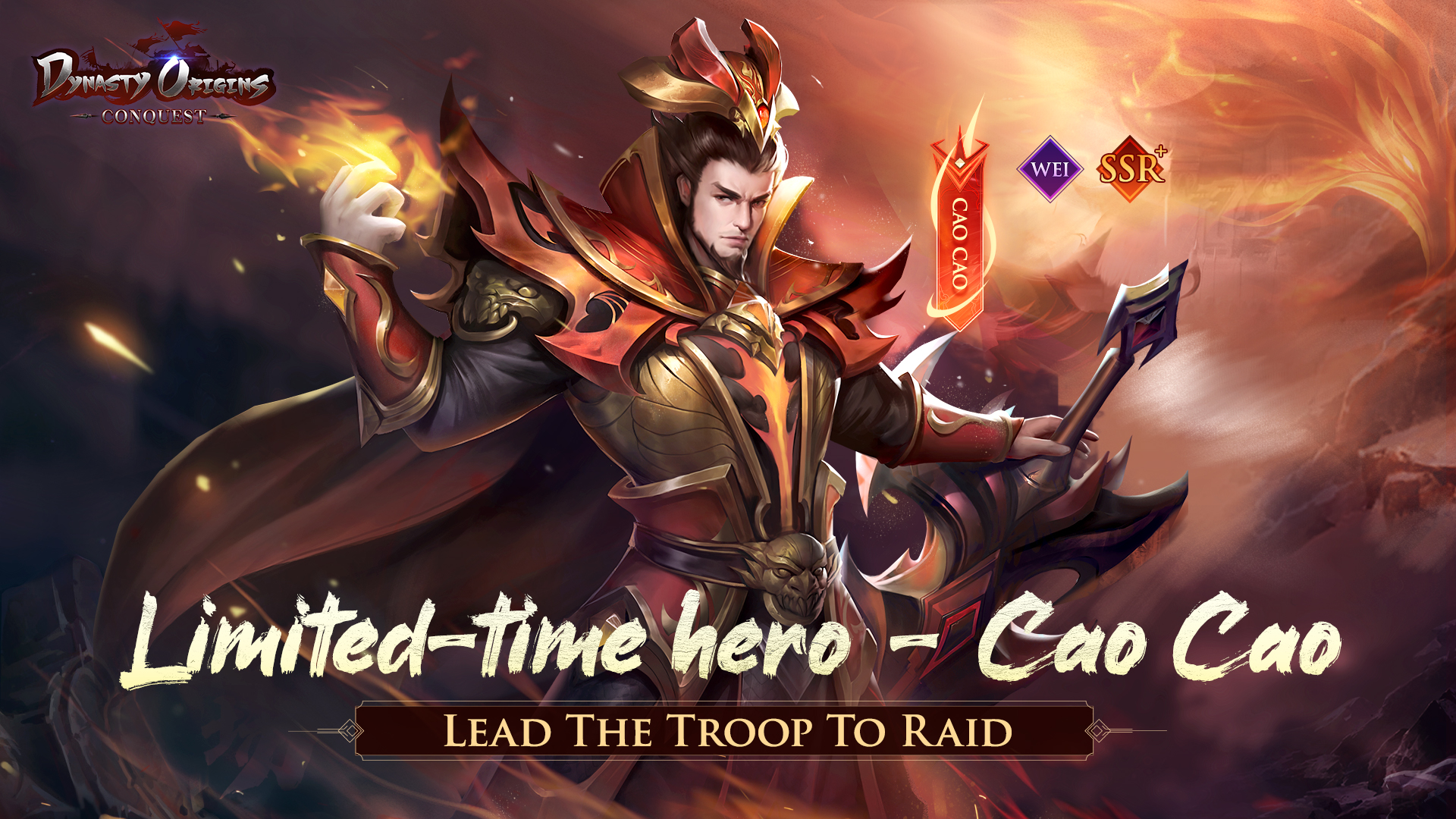 1. How to obtain: participate in the time-limited legendary hero event

- Virtues: immunizes against silence, and increases ASPD of allied units.

- Tough Army: all allies gain a shield at the beginning of battle.

Cao Cao has great defense, and he can also add protective shields to Wu Archers.

Cao Cao can replace Zhao Yun and activate Affinity for the Five Tiger Generals, and their defense will be greatly increased to enhance their survivability.

Cao Cao can replace Xu Chu and activate Affinity for the Tiger Warriors, and their defense will be greatly increased.

Cao Cao can replace Dong Zhuo to activate Brutality School, and their Heavy Cavalry’s attack will be greatly increased.

What are your thoughts on Cao Cao? Take part in these events and get the time-limited legendary hero!