Heartlands Clash is a cross-server GvG gameplay on a larger scale than World Warfare. It's a siege warfare with over a hundred players within the same screen! Players from multiple Alliances will be engaged in fierce battles on the same battlefield, and you will feel the excitement of killing enemies and capturing cities more closely. Will you emerge victorious in the end as the overlord? 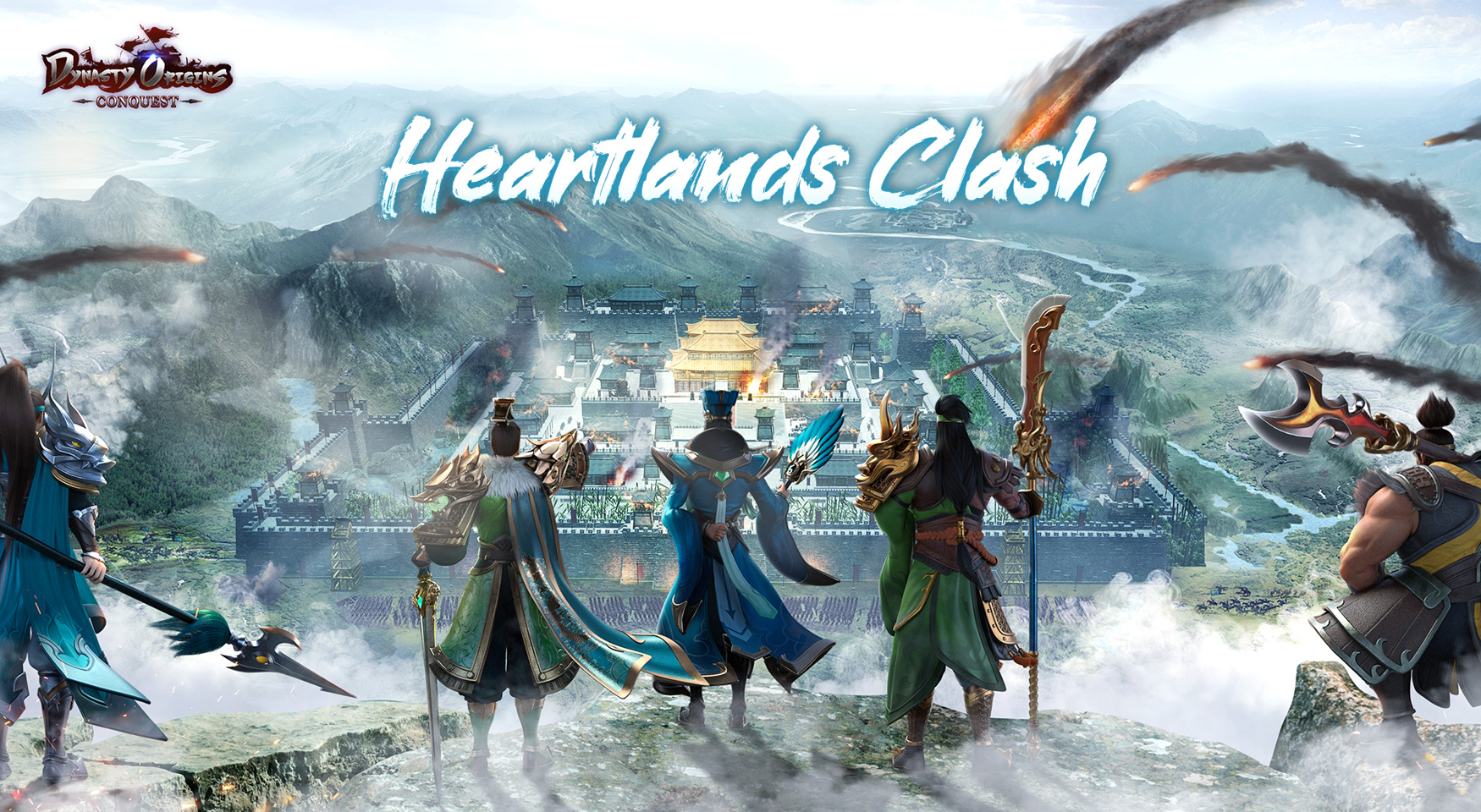 The 5 alliances with the highest BR in the server will be picked to join Heartlands Clash. Alliances of lower rankings will not qualify.

Alliance Leader or Deputy Leader may choose one of the four battlefields to build the alliance camp: Xiliang, Hebei, Jiangdong, or Bashu. After it is built, alliance members may go there to set formation. Each member may deploy 3 teams to join the war.

While building the camp, Alliance Leader or Deputy Leader may select 3 enemy camps or cities as targets to declare war against. During the event, you may only attack the cities or camps your alliance has declared war against.

The four battlefields will be open. You may go to the battlefield to command your troops to attack enemy cities or camps, or defend the territory of your alliance.

After defeating all enemy garrison, you may attack the enemy city or camp. The alliance of the team that deals the final blow to bring target Health to 0 will occupy the target place.

After your team is defeated or deals damage to city/camp health, it will be withdrawn to your camp and enter Injured status. It may only act again after recovery.

Every PvP victory your team wins will result in the loss of some Morale. Morale affects Total Team ATK and Total Team HP.

Each battle rewards Glory based on the result and the damage dealt to enemy City Health.

The alliance that has achieved the highest Power in each of the four battlefields will become the Battlefield Overlord. Overlord Rewards will be sent via mail.

The overlords of the four battlefields as well as their vassal alliances will go to Sili and build their camps there. It's not allowed to subdue an enemy alliance in Sili. The alliances that fail to qualify for Sili may choose an overlord to submit to. Each overlord may accept the submission of up to 3 alliances.

After event ends at 20:00 Sun/World Overlord

The alliance with the highest Power in Sili Battlefield will become the World Overlord and receive huge rewards via mail.